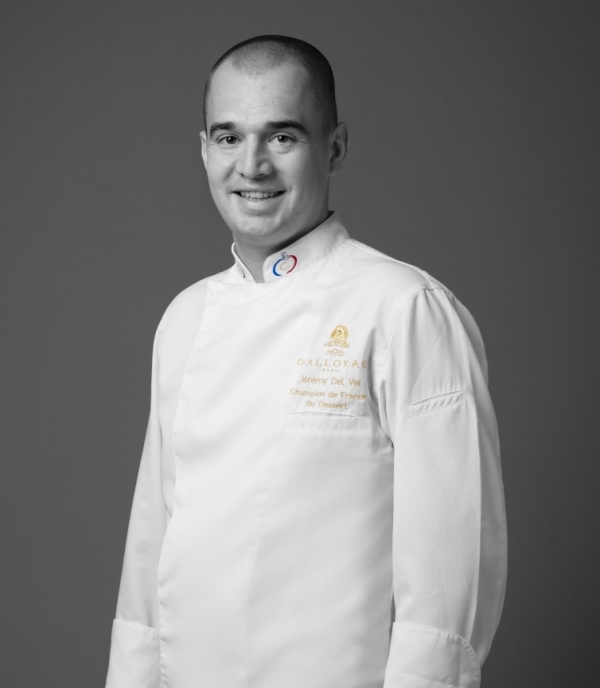 Born in Lagny sur Marne, Jérémy Del Val learned to cook with his two Cordon-Bleu grandmothers. After he earned a BEP diploma in hostelry and a BEP in pastry – with special credits in plated desserts – he began his career at the Château de Monvillargenne in Chantilly.

He then jetted off around the world, working in Michelin-starred restaurants and luxury resorts around the world, from Majorca to Bora-Bora, from Monaco to Tahiti and the Côte d’Azur… In 2014, he was also crowned France’s Pastry Champion. He then took up the challenge of spreading his wings and developing his expertise with DALLOYAU, the legendary Parisian institution. He’s been their Pastry Chef ever since.