Corentin Magnin began his apprenticeship with a BEP and a Bac Pro in cooking, followed by an MC in cooking at the Utec CFA in Emérainville.

In 2013, he joined the Michelin-starred Chabichou restaurant in Couchevel, alongside the MOF Stéphane Buron. One year later, he started working at the Relais Bernard l’Oiseau with Chef Benoît Charvet.

In 2015, he started working at the legendary Moulin de la Galette restaurant in Montmartre with Chef Anthony Detemmermann (formerly the second in command at the Maison Rostang).

He became Pasty Chef at the Maison Rostang in 2016. In this role, he invented a whole host of modern desserts with a nod to tradition, creating a range of clear and subtle flavours by combining techniques from both the sweet and savoury sides of the kitchen. 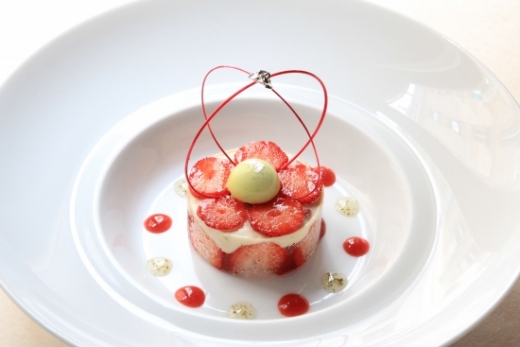