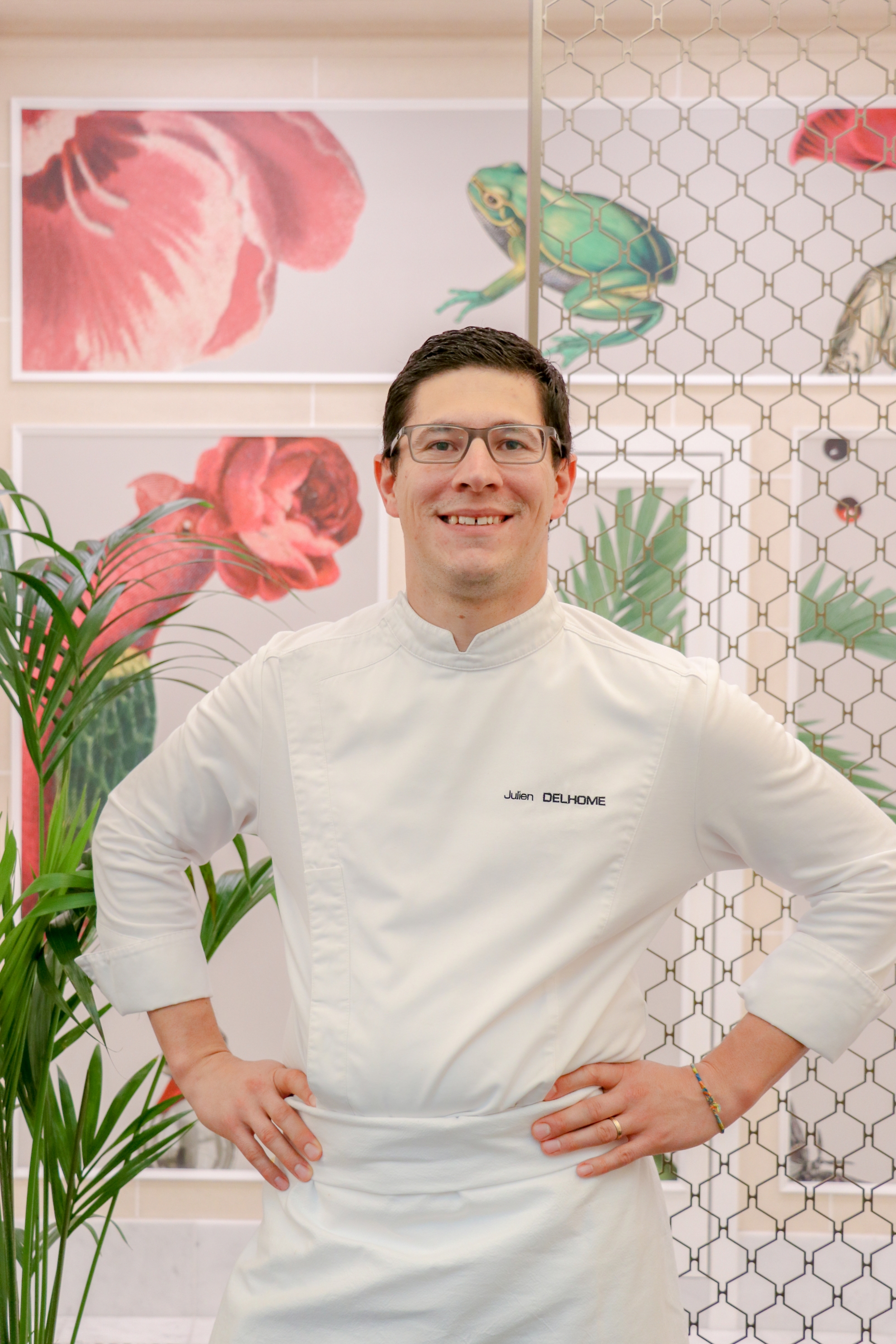 After earning a Bac Pro diploma in Hostelry and extra credits in pastry, Julien Delhome began his career in a one-Michelin-star château (Le Moulin de la Gorce). After two years of meticulous, precise work, he headed to Paris to experience another side of the industry.

Here, he spent several years in the legendary Parisian restaurant Au Pied de Cochon. This gave him a glimpse of the “mad” Parisian nights with full services at 3am… He then became Pastry Chef in the equally famous La Lorraine, the luxury brasserie on the Place des Ternes. His team would craft the great classics of French pastry for two years.

After leaving the brasserie, he became sous-chef at the Hôtel du Louvre in 2007. This was his first taste of the hustle and bustle of Parisian hotels. Eight years in, he reached the pinnacle of his career in 2015 when he was named Pastry Chef. His approach is all about nature and seasonality, and he worked hard to hone his skills over the years and produce his current creations. He never lost his taste for the great classics of French pastry such as the Saint-Honoré, or his guilty little pleasures – hazelnuts and pecans.

Staying true to the ethos of the Hôtel du Louvre, he now strives to make luxury pastry accessible to travellers from around the world. 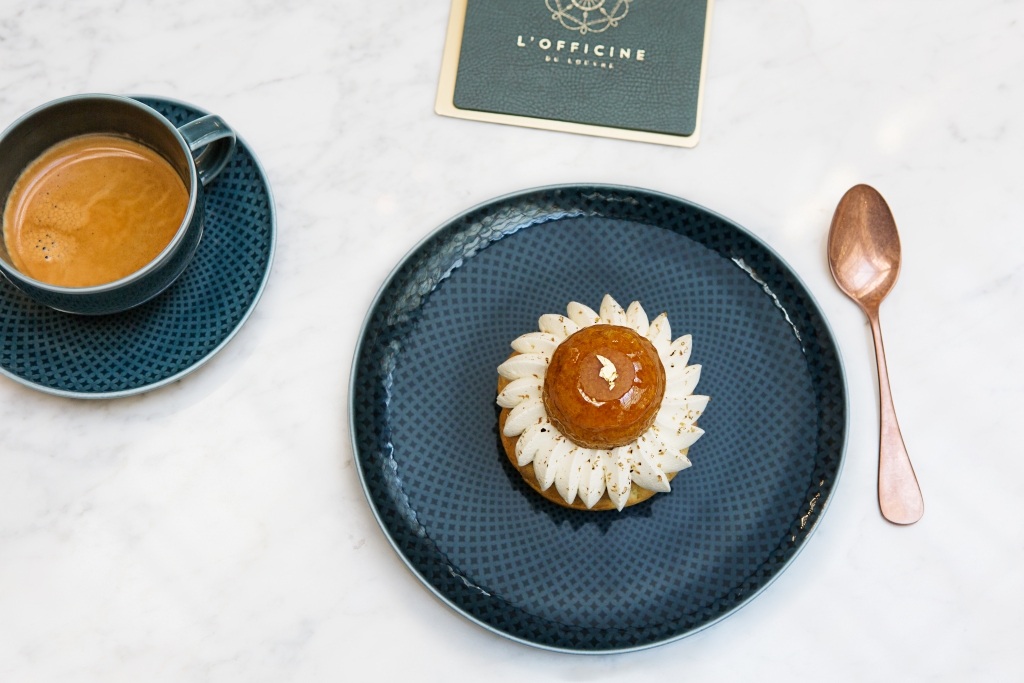